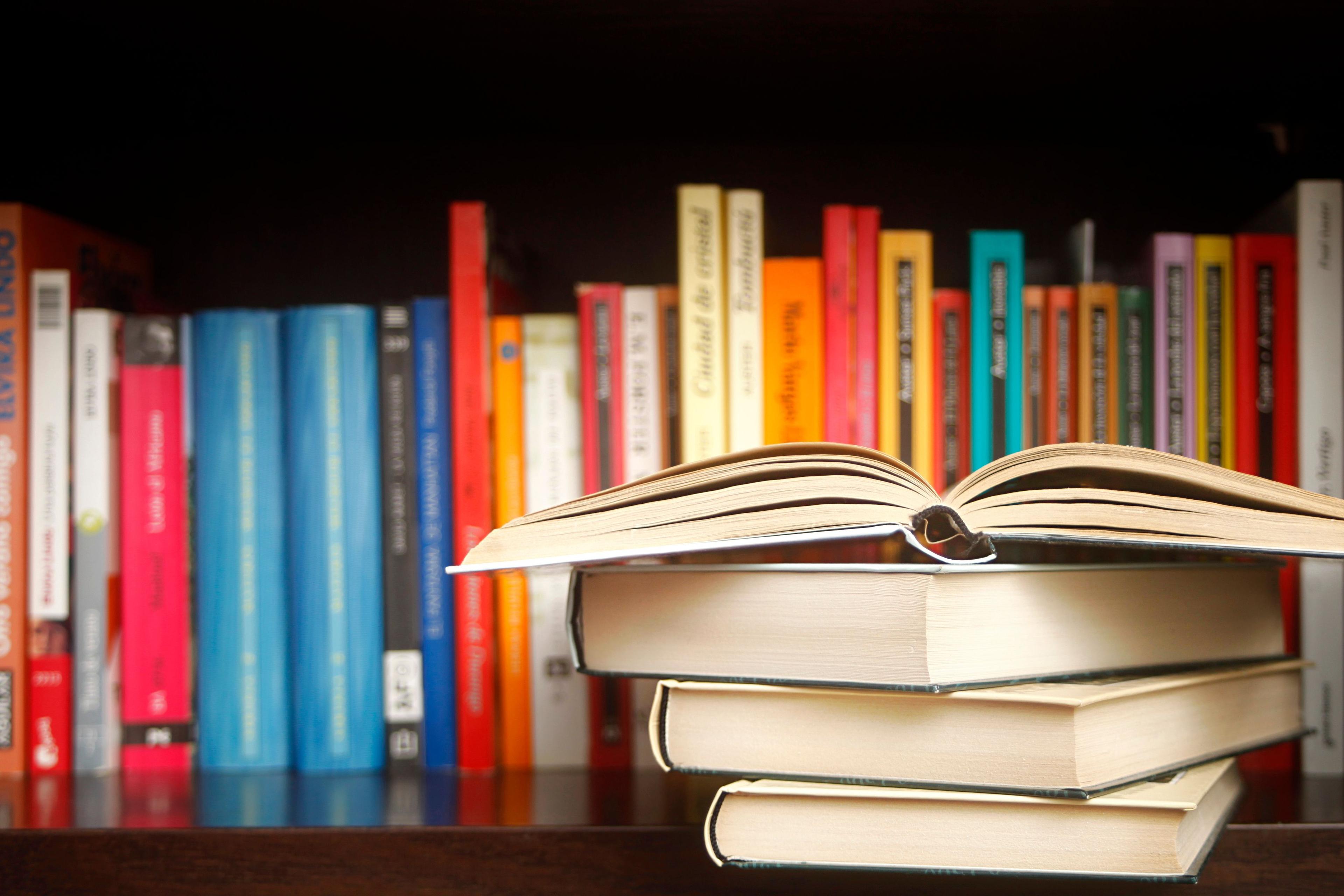 Here’s a fun question we got this week. We don’t often share questions from our travelers on the blog, but this was an interesting one, so I thought I’d share the exchange here.

“Hi Hannah, We are so excited about our upcoming trip! Are there any books you would recommend that we read to prepare ourselves for our tour of The Holy Land? Thanks, Grace”

Here is a part of my response:

Naturally, due to the history-rich region, hundreds of books have been written on the topic of Israel, Judaism, Christianity, and Islam. Of course, there have been many books written without a religious focus, most notably would be the first-person narrative written by Josephus Flavius concerning the Roman conquest of Jerusalem.

Let’s face it, Israel is like no other place you have visited to date. Due to its rich history, from the Tabernacle in Shiloh, dating back some 3000 years, to the Roman amphitheater in Caesarea, to the Old City of Jerusalem, no region in the world has such an eclectic mix of cultures and religions which have fused together to create the vibrant and modern-day Israel that you will experience on your Tradition Tour.

I recently sat down to lunch with one of our tour guides, and we discussed, amongst other topics, our favorite Israel-based literature list, excluding the Bible, of course.

I hope the following list, based on our conversation, will serve as a great tool in helping you grow your knowledge before you touch down at Israel’s Ben Gurion Airport for your visit.

1. The Pledge by Leonard Slater

A Reporter and news correspondent for more than 25 years, Leonard Slater’s The Pledge tells the story of the secret American underground that helped arm the new state of Israel for its war of independence after World War II. It involved hundreds of Americans from every walk of life — millionaires and students, longshoremen and ex-GIs, Protestants and Catholics, and Jews; an epic that turned idealists into adventurers, cynics into idealists, respectable business people into smugglers. The story of this incredible and dramatic race against time — to provide a state not yet born with an army that was still illegal — is told in one of the most suspenseful works of history ever published. It was an epic that contained heroism, farce, and endless contradictions: the Israeli air force was supplied with old Nazi fighter planes bought from Communist Czechoslovakia with money solicited from a real-estate magnate at the urging of a Socialist farmer. Operating out of a Manhattan hotel: known for its tall chorus girls and little old ladies, this same amateur underground bought a surplus U.s. Navy aircraft carrier and prepared to sail it halfway around the world in a vest-pocket replica of D-Day… Yet somehow, this dedicated band of conspirators created an armed force out of nothing.

Margaret George’s MARY, CALLED MAGDALENE, is about the life and ministry of Jesus and what happened to his disciples after his death. The book is in three parts. Part One, titled DEMONS, tells about the childhood and young adulthood of Mary of Magdala and how she came to be possessed by demons. Part Two, titled DISCIPLE, is the story of the three-year ministry of Jesus Christ and how he casts out her demons. Part Three, titled APOSTLE, tells what happened to Mary and the other disciples after the death of Jesus Christ.

3. Israel: A simple guide to the most misunderstood country on Earth by Noa Tishby

Published in 2021, this book with take you through Israel’s history and the personal stories of Noa and her family. Noa will take con on a journey from Biblical times to modern-day Israel. A must-read to get a snapshot of what Israel is today.

4. The Source by James Michener

The Source is a historical novel by James A. Michener, first published in 1965. It is a survey of the history of the Jewish people and the land of Israel from pre-monotheistic days to the birth of the modern State of Israel.

Jerusalem is the universal city, the capital of two peoples, and the shrine of three faiths; it is the prize of empires, the site of Judgement Day, and the battlefield of today’s clash of civilizations. From King David to Barack Obama, from the birth of Judaism, Christianity, and Islam to the Israel–Palestine conflict, this is the epic history of 3,000 years of faith, slaughter, fanaticism, and coexistence. Drawing on new archives, current scholarship, his family papers, and a lifetime’s study, Montefiore illuminates the essence of sanctity and mysticism, identity and empire in a unique chronicle of the city that is believed will be the setting for the Apocalypse. This is how Jerusalem became Jerusalem and the only city that exists twice – in heaven and on earth.

This NEW YORK TIMES BESTSELLER is the first comprehensive account of the epoch-making Six-Day War. Though it lasted for only six tense days in June, the 1967 Arab-Israeli war never really ended. Every crisis that has ripped through this region in the ensuing decades, from the Yom Kippur War of 1973 to the ongoing intifada, is a direct consequence of those six days of fighting. Writing with a novelist’s command of narrative and a historian’s grasp of fact and motive, Michael B. Oren reconstructs both the lightning-fast action on the battlefields and the political shocks that electrified the world. Extraordinary personalities—Moshe Dayan and Gamal Abdul Nasser, Lyndon Johnson, and Alexei Kosygin—rose and toppled from power due to this war; borders were redrawn; daring strategies brilliantly succeeded or disastrously failed in a matter of hours. And the balance of power changed—in the Middle East and the world. A towering work of history and an enthralling human narrative, Six Days of War is the most important book on the Middle East conflict to appear in a generation.

7. The War of Atonement by Chaim Herzog

This is the authoritative account of the Israeli Army’s performance in the bitter Yom Kippur War of 1973. The origins of the war in the turbulent history of competing powers in the Middle East are fully explored, as is the build-up of Arab forces that almost caught Israel by surprise and the realization of the Israeli leadership that they would once again have to fight against overwhelming odds for the survival of their state. A gripping narrative of the conflict, punctuated by first-hand accounts and interviews with combatants, The War of Atonement is full of drama and tales of inspirational bravery. An analysis of the political implications of the conflict brings this epic tale to a close. This is the most comprehensive work on a conflict that has had significant implications for our own troubled times.

8. The Angel by Uri Bar-Joseph

The Angel is a gripping narrative that documents the sensational life and mysterious death of Ashraf Marwan, a senior Egyptian official who spied for Israel. This book offers new insights into the turbulent modern history of the Middle East. As the son-in-law of Egyptian president Gamal Abdel Nasser and a close advisor to his successor, Anwar Sadat, Ashraf Marwan had access to the deepest secrets of the country’s government. But Marwan himself had a secret: He was a spy for the Mossad, Israel’s intelligence service. Under the codename “The Angel,” Marwan turned Egypt into an open book for the Israeli intelligence services—and, by alerting the Mossad in advance of the joint Egyptian-Syrian attack on Yom Kippur, saved Israel from a devastating defeat. Drawing on meticulous research and interviews with many key participants, Uri Bar-Joseph pieces together Marwan’s story. He sheds new light on this volatile time in modern Egyptian and Middle Eastern history, culminating in 2011’s Arab Spring. The Angel also chronicles the discord within the Israeli government that brought down Prime Minister Golda Meir.

9.Lioness: Golda Meir and the Nation of Israel by Francine Klagsbrun

The definitive biography of Golda Meir: the iron-willed leader, chain-smoking, political operative, and tea-and-cake-serving grandmother who became the fourth prime minister of Israel and one of the most notable women of our time. Born in czarist Russia in 1898, Golda immigrated to America in 1906 and moved to mandatory Palestine in 1921. A series of public service jobs brought her to the attention of David Ben-Gurion, and her political career took off. This enthralling read covers her unique journey and highlights some of her accomplishments along the way, like secretly meeting in Amman with King Abdullah right before Israel declared independence, Visiting the USSR as Israel’s first representative, serving as minister of labor and foreign minister in the 1950s and 1960s, to the clandestine meetings with Jordan’s King Hussein this is a masterful recounting of Israel’s founding mother. For many participants of our tours, an emotional “highlight” is a visit to the Yad Vashem World Holocaust Remembrance Center. These selections are a powerful prep for a visit.

10. I Never Saw Another Butterfly – Children’s Drawings & Poems from the Terezin Concentration Camp

Fifteen thousand children under fifteen passed through the Terezin Concentration Camp. Fewer than 100 survived. In these poems and pictures drawn by the young inmates, we see the daily misery of these uprooted children, their hopes and fears, and their courage and optimism with 60 color illustrations.

11. The Lost by Daniel Mendelsohn

This rich and riveting narrative, a writer’s search for the truth behind his family’s tragic past in World War II, becomes a remarkably original epic—part memoir, part reportage, part mystery, and part scholarly detective work—that brilliantly explores the nature of time and memory, family and history. The Lost begins as the story of a boy who grew up in a family haunted by the disappearance of six relatives during the Holocaust. This unmentionable subject gripped his imagination from earliest childhood. Decades later, spurred by the discovery of a cache of desperate letters written to his grandfather in 1939 and tantalized by fragmentary tales of a terrible betrayal, Daniel Mendelsohn sets out to find the remaining eyewitnesses to his relatives’ fates. That quest eventually takes him to a dozen countries on four continents and forces him to confront the wrenching discrepancies between the histories we live and the stories we tell. And it leads him, finally, back to the small Ukrainian town where his family’s story began and where the solution to a decades-old mystery awaits him. Deftly moving between past and present, interweaving a world-wandering odyssey with childhood memories of a now-lost generation of immigrant Jews and provocative ruminations on biblical texts and Jewish history, The Lost transforms the story of one family into a profound, morally searching meditation on our fragile hold on the past. Deeply personal, grippingly suspenseful, and beautifully written, this literary tour de force illuminates all that is lost and found in the passage of time.